Home » Ed Fund » Awards We Give 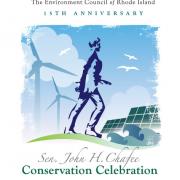 Honoring the memory of the late Senator and his dedication to protecting and preserving the natural environment, the ECRI Education Fund honors four RI organizations each year for their efforts toward improving the health of the Rhode Island environment. 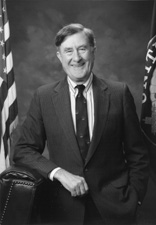 For 37 years, John Chafee led the way to save the natural world around us and it is fitting that your award bears his name. My father lived by the words of that most famous conservationist, Theodore Roosevelt, whom he often quoted:

"Of all the great questions which can come before this nation, short of the actual preservation of its existence in a great war, there is none which compares in importance with the central task of leaving this land a better land for our descendants than it is for us."

For John Chafee, this was indeed the central task of his long service to us, and to our children to come. For him this task fell into two parts: first, undoing the damage man has already done to nature, and second, preventing further damage. The task called forth his giant energies in many efforts, large and small: in sweeping national laws to keep clean our air and water and to preserve the nation's coastline; in more local work to restore salt marshes and protect rare birds, and even in his personal forays along our roadsides picking up litter. He moved on a broad front. He never stopped. He rarely rested.

— Excerpted from remarks made by Zechariah Chafee, April 19, 2002